Landscapes of Rembrandt in watercolour

Rembrandt Harmenszoon van Rijn does not need an introduction. When you google the name Rembrandt, you get more than 37 million results. Rembrandt's oeuvre comprises around three hundred oil paintings, three hundred etchings and two thousand drawings but hardly any watercolours. Why not?

A aquarelle is a painting that is painted with watercolour. The word aquarelle comes from French aquarelle and means 'washed drawing'; applying paint on paper with (a lot of) water. A special feature of the watercolour technique is the lack of white paint on the palette. By adding more water to the paint, the colour becomes lighter. The challenge is to leave the white and light areas on the paper open by painting around them.

Contrary to popular belief, watercolours have existed for much longer than oil colours and date back to the cave paintings of Lascaux and Altamira, ± 15,000 BC. Many centuries later, in 1506, the German artist Albrecht Dürer (1471-1528) painted his famous 'Young Hare' in watercolour. A contemporary of Rembrandt, the Flemish artist Anthony van Dyck (1599-1641), also painted studies in watercolour for his oil paintings.

You may therefore conclude that Rembrandt was familiar with the medium. But why did he barely use it? A modest search has so far yielded only one work:

Landscape with a farm, with two hay-barns; and a house with two chimneys amid trees beyond at right.
Source: The British Museum

Was it too laborious and too expensive to make watercolours as well as oil colours? Weren't watercolours commercially interesting? For a long time, watercolours were mainly used as a sketching medium, such as pencil and charcoal. And was not seen as an autonomous work. An opinion that lasted until the middle of the 20th century. Rembrandt limited his sketches to pen and ink. This enabled him to suggest volume, light and shadow. Apparently he didn't need more than that. But what would his landscapes have looked like if he had used watercolor more often?

In this project I challenge myself to make watercolours using Rembrandt's landscape drawings. With which I do not want to compare my skills with those of the master himself, it is only a personal vision. With thanks to Harry G. de Vries for the idea of this project.

All Rembrandt's drawings used in this project come from the book 'Rembrandt's Landscapes - Walks in and around Amsterdam' written by: Boudewijn Bakker, Mària van Berge-Gerbaud, Erik Schmitz and Jan Peeters. THOTH Publishers, Bussum 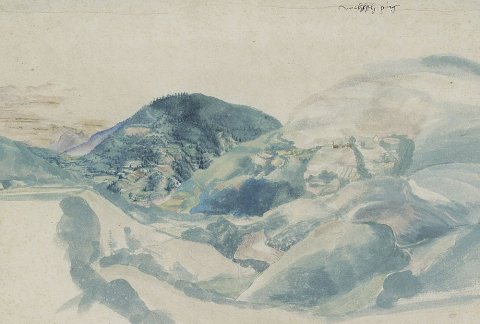 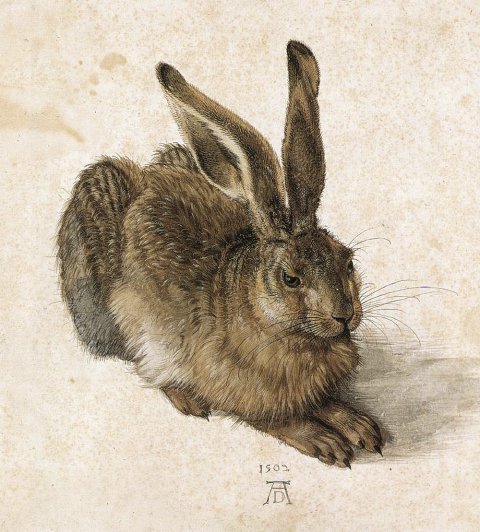 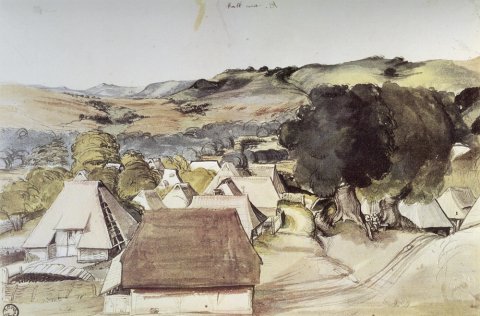 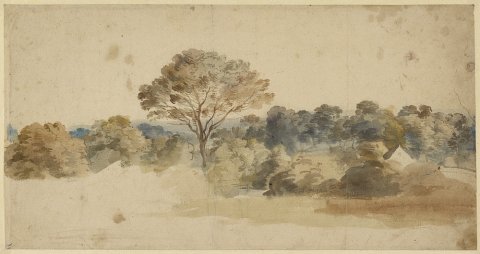